Spindsgudan consists of the three men Steinar Reinertsen (24) on accordion and vocals and Jarle Viken (27) on guitar and vocals. Both guys are from Spind. The duo started their careers at a family reunion x number of years ago.

Spindsgudan has everything from southern country songs, local songs, revue songs and well-known Norwegian songs in the repertoire.

For most people, the duo's concept is experienced as nostalgia that is unexpected to hear from such young people. They convey local history and bring to life old shows from the municipality. Spindsgudan has won the hearts of the audience in a very short time and with his zeal, his mood and enthusiasm has filled large and small assembly halls. 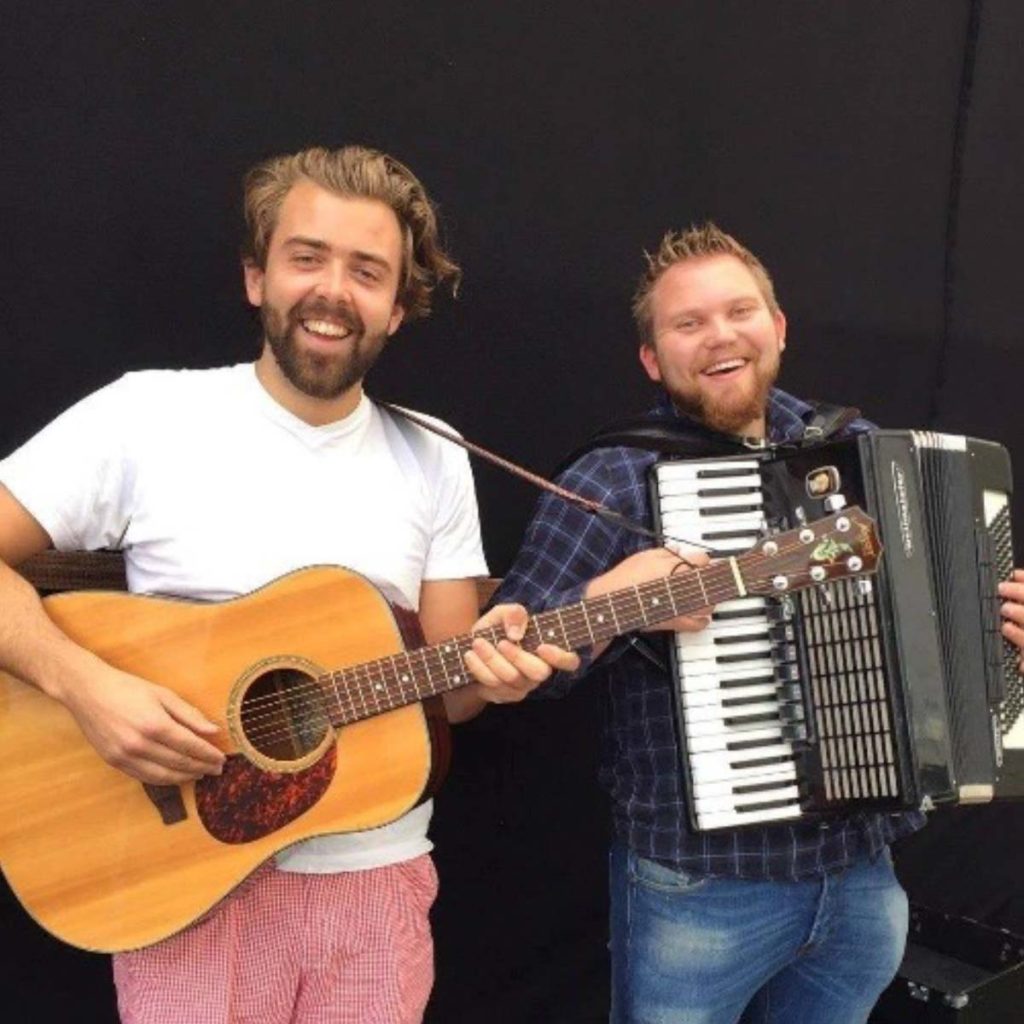